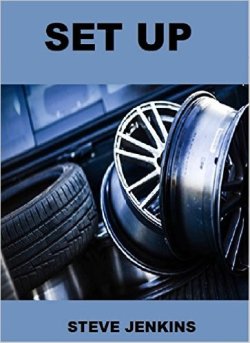 Every now and again I stop bleating about my own books and mention one by someone else instead.

This time it’s the turn of friend and fellow Crime and Publishment attendee Steve Jenkins, who writes crime for both adults and children.  His latest book, ‘Set Up’, is aimed firmly at the latter, with an eleven-year old protagonist called Michael and a nice plot about trust, friendship and the real nature of families.

Here’s the blurb from Steve himself:

“Eleven-year-old Michael thinks life can’t get much worse at the moment. His parents are divorced and his dad has remarried. If that wasn’t bad enough, the girl who’s stolen his dad keeps trying to make friends with him!
Then he gets accused of a crime he didn’t commit. He is excluded from school, his mum ends up in hospital and he’s forced to go and stay with his dad and his new family. To cap it all, his best friend seems to be heading for self-destruction. Michael is determined to find out who set him up. On the way, he makes a few discoveries about friendship and the nature of families.”