Thanks to Coronavirus, we live in interesting times. Confined to quarters for weeks, perhaps months, with no chance of getting out to buy books at your favourite book store.

Well, help is at hand! Down & Out Books have started up a Covid-19 Social Distancing Digital Boo Sale which includes a whopping 39 of their most recently published books, all available at knockdown prices from their website and/or a range of online distributors.

Just head to the Down & Out website and click on the nice big colourful banner at the top of the page for more information and a list of books included in the sale. And happy shopping – and reading! 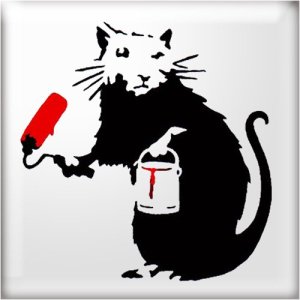 I realised the other day that I’ve never posted a good, solid, proper extract from ‘Gravy Train’ – something you can really get your teeth into, and that gives you a good flavour of the book. So, without further delay, here goes. This bit is from Chapter 27, when Lenny the mugger has lost the bag of money and is desperately hunting for clues to try to get it back.

Apologies for any salty language, by the way, but I hope you enjoy the ride.

Lenny shook the aerosol can one last time before pressing the button to release a steady stream. A neat outline: four feet, a swelling back. Black, as always. He only ever used black. True street artists went for subtlety. They got their message across with the barest minimum of colour and line. You didn’t catch Banksy using virulent pink, or acres of yellow and green. Banksy was Lenny’s hero; he’d love to meet him some time. They’d have a lot in common, he liked to think, and could swap notes about buildings conquered, walls and bridges scaled. Fat chance of that in reality, though. Lenny knew all about Banksy – how he was a maverick, how nobody knew who he was. It really wasn’t likely that the bloke would give up his anonymity , drop his disguise, just to come and talk to him.

He sighed and added whiskers to his giant rat, then a long and sweeping tail. It was hard to get the details right when he could hardly see the wall. The sun had set nearly an hour ago; dusk was hanging on by its fingernails but the nearest street light was a hundred metres away. Around it, a glowing pool of light. Here in the shadows, gloom. It’s why he’d chosen to place his artwork here – fewer prying eyes. But the rat’s eye was almost certainly too close to the end of its nose.

He pocketed the aerosol and stood back for a better look. Not Banksy’s standard, of course, but it wasn’t bad. It made its point. The rat represented ordinary people everywhere. Around its neck, a leash. Holding the leash, a few two-dimensional paces back, the robot Todd, with metal arms and an antenna on his head. The masses held back by technology. Something he’d been longing to draw ever since he first set eyes on Todd. He made a great subject, even if he was just a glorified chauffeur. A pity the rat wasn’t perfect. But Lenny wasn’t here for the art tonight. As a bonus, it would do.

He peered at his watch, but it was too dark to see the hands. And he’d left his phone at home. Thanks to the cow who’d nicked his van, he was having to make do with a bike, and the mobile dug into his backside when he pedalled his feet up and down. He spat into the litter around his feet. Bloody bitch. It was thanks to her he was here at all. Trying to get Ball off his back, trying to track her down. His usual contacts had been a bunch of useless jerks. He was hoping for better from his mate Jack. The lad worked for some fucker called Symons, who ran a ringing scam. And in order to ring cars, you needed to steal them first. And in order to steal cars, you needed to use people who, well, made a living stealing cars. It wasn’t much to go on, but hopefully Jack could give him a name. Assuming he ever turned up.

Lenny spun and reached for his knife, but it was just Jack. The lad had his hoodie up and pulled around his face, but he’d recognise that hooter anywhere. Like an eagle’s beak, Jack’s mother had always said when they were kids. And I’m pleased to say you took after your dad. Not exactly a ringing vote of confidence, but then Lenny’s own parents had often said worse about him.

Lenny did know, only too well. Stuff Jack had told him, coupled with word on the street. Fair enough Symons wasn’t as bad as Ball, because he left the girls and the gambling and the protection rackets alone. Concentrated on cars. But that didn’t make him a softie by any stretch. Word on the street also said he got all his lads hooked on smack so they’d be easier to control. Lenny had never quite dared to ask Jack if it was true, but Jack’s appearance had suffered over the years. He always looked pasty and thin, arms like matches, legs too skinny to hold him up. Like a zombie who never got the chance to eat. Time was when he’d have talked to Jack, questioned him, tried to find out more. Not now. Too long in prison had soured him inside. Leave well alone, that was his mantra now. Don’t go sticking his nose in other people’s business. He’d probably just make things worse. “Want to go for a pint?”

“Better not.” Jack shivered inside his hoodie even though it wasn’t cold. “What did you want?”

“I just needed a word. Your bloke Symons. I heard he’s into nicking cars?”

“What, here?” Lenny looked round at the scruffy alleyway, the trade waste bins, the squashed cardboard and discarded bags. There was nothing else here except an unpleasant smell.

And that’s it for now. But if that helping of gravy tickled your taste buds, you can find the rest of the book on the Down & Out Books store. And thanks for taking the time to read my stuff.

Exciting news today – my novel ‘Gravy Train’ has just set off on its travels, courtesy of All Due Respect (Down & Out Books).

£80,000. Seven people want it. Will any of them get it? That’s the tag line for the book, which features a bunch of losers chasing a bag of money (the aforementioned £80,000 no less) around the back streets of Birmingham. All of them are good at nicking it, but not so much at hanging onto it. And when it all blows up into a watery showdown on the banks of the local canal, it’s more a case of whether any of them can keep their hands on it at all.

To follow the adventures of barmaid Sandra, fat husband Mike, streetwise mugger Lenny, car thief Justine, crime boss Ballsy McBollockface and the rest, head for a station near you. The gravy train will be calling at Amazon US, Amazon UK, and all good book shops and suppliers. So hop on board and shunt your engine over there now. Just make sure you get off at the right stop, and mind the gap between the train doors and the platform…

Here’s something to get your teeth into: the brand new cannibal-themed anthology, Skin & Bones, is out from Down & Out Books today.

Featuring a whopping twenty-one macabre and grisly stories including my own offering ‘Rabbit Stew’, it might give you a few ideas for Christmas. That’s presents, by the way, not new and imaginative ways to serve up your least favourite relative!

So if you fancy a late-night snack then grab a knife and fork and head over to Amazon to buy a copy now.

Odd as it may sound, yes – I really do have a story in a brand new anthology with a cannibal theme. The book, ‘Skin & Bones’, edited by fellow noir author Dana Kabel, contains stories by no fewer than twenty one crime and noir writers on this rather grisly (or should that be gristly?) subject matter.

My own offering is called ‘Rabbit Stew’ and is based around an old World War 2 joke that my Mum first told me when I was about eight years old. It involves a restaurant owner, wartime rationing, and the wonderful last line “Fifty-fifty, gov, one horse, one rabbit.” Aged eight, I had to have ‘fifty-fifty’ explained to me. Once I got it, I couldn’t stop giggling and it’s become a family joke about the general silliness of statistics.

And now it’s given me the inspiration for a story about an environmental health inspector investigating a ‘greasy spoon’ café and getting a great deal more than he bargained for. It’s gruesome, it’s ghastly, but I’m hoping it’s also funny and perhaps carries an additional message about not sticking your nose in where it’s not wanted unless you have a sure-fire means of escape!

‘Skin & Bones’ is available for pre-order right now and hits your kitchens and dining tables on the 26th November. So grab a plate, a knife and a fork and prepare to tuck in – and don’t say I didn’t warn you…

You get none for a while, then three turn up at once!

In other words, I’m delighted to report that I have three new stories coming out in the next few weeks/months.  All three are in charity anthologies; two are completely new and one is a reprint of a story I had in Betty Fedora #2 before that sold out. 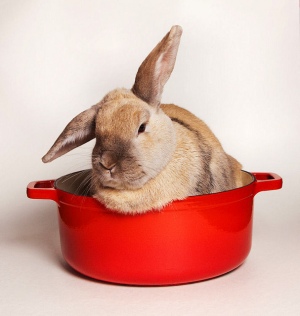 First off is ‘Rabbit Stew’, a tongue-in-cheek tale based on an old (and terrible) World War 2 joke my Mum told me years ago, which is due out in Kannibal Cookbook from Down & Out Books soon, with proceeds going to St Jude’s Children’s Hospital.

Then I have a rather more thought-provoking story called ‘Bang to Rights’, about animal liberation activists and the sense of belonging, which should be appearing in Paladins 2, in aid of cancer charities.

Lastly, ‘Last Chance Saloon’, featuring a dirty weekend, a clapped-out car, and a deserted country road, will be re-published in the second Crime & Publishment anthology, working title Wish You Weren’t Here, soon.  This is very much a work-in-progress, but donations will be heading to a respite holiday charity, possibly the Calvert Trust.

Do keep checking back for a revised timetable, cancellations, fares and more, which I’ll post as soon as I have them.  Just don’t get run over by the bus…