And here’s the next in the series of walking (or cycling) tours taking in the locations I used in ‘Gravy Train’. This one is longer and you might well need to bike it rather than walking the whole thing, especially as you’d have to come back again!

Distance: approx 5 miles each way. I say approx because Google Maps had a major conniption when I tried to change the preferred route, which was for cars and didn’t take in half the places I needed it to. The wonders of technology…

1. Start at the Hockley flyover/Great Hampton Street. The area to the left as you walk towards the city centre is where I had in mind when I described Sandra and Mike’s public house, and there are examples of the type of pub (though nowhere near as rundown as theirs!) in the surrounding streets.

2. Continue along Livery Street, then turn right into Great Charles Street Queensway and follow this to Paradise Circus. This area is currently undergoing major roadworks to install a tram line and road and footpath closures seem to change on a daily basis, so find the approved route to take you across the island to Broad Street.

3. Once on Broad Street walk a short distance until you come to Gas Street, and turn left down here. There are some nice old buildings, now mostly cafes and bars, which back onto the canal basin. Find a cast-iron archway with a path that leads to the canalside towpath and have a good wander round. The area of the Gas Street Basin is fascinating and well worth exploring. I used the arch, the bridge and the towpath in the final showdown between crime boss Vernon Ball and Sandra’s “uncle” George, over the bag of money that Ball’s underling Lenny had stolen.

4. Retrace your steps to Broad Street and continue to Five Ways Island, a vast gyratory traffic system enclosing a green open space, with subways to various roads, offices and shopping centres. This island is central to the action in ‘Gravy Train’; it’s here that Sandra and Mike visit the betting shop to collect their winnings and get mugged by Lenny; and it’s on one of the roads leading to the island that Justine’s car breaks down and she nicks Lenny’s van to get herself home. Here’s a couple of pics of what might have been the betting shop, and the subway where Lenny froze his nuts off.

5. You can end your tour here, but if you’re feeling particularly energetic, take the subway up and onto Hagley Road and carry on walking for about a mile, until you come to the junction with Norfolk Road. There are a handful of clubs and casinos in this area which helped to inspire the Roller Club which Justine breaks into.

6. Retrace your steps, or catch one of the many buses that head along Hagley Road back into the city centre.

And that’s it. Once again I hope it gives you some new areas to discover and a bit of fun poking about. But again, don’t forget that Covid regulations mean we’re all expected to exercise within our local areas, so if you’re not already in Birmingham please don’t make a special trip yet.

And again, if you like the sound of the book then feel free to grab a copy here, and thank you!

Tonight the usual group have retreated as far as they can to a table near the back. It’s so far from the windows it’s a wonder they can see the dominoes — and a three mile hike to the bar. Not that the windows help much anyway. Too small to let much light into the place, too grimy half the time. Mike’s supposed to keep them clean, but she’s given up asking him. He can’t reach half of them, can’t even clamber on a stool.

She peers at the nearest window now, wincing at the smears. She should probably clean them herself, but it’s just one more job to add to the endless list. And it’s not like the view is anything to write home about. Parked cars, dustbins, buses rumbling past…

This is one of the descriptions of Sandra’s pub, near the beginning of the book. I wanted to conjure up the image of a typical back-street city boozer, rather drab and down on its luck – which many of them are these days thanks to more people preferring to drink at home. 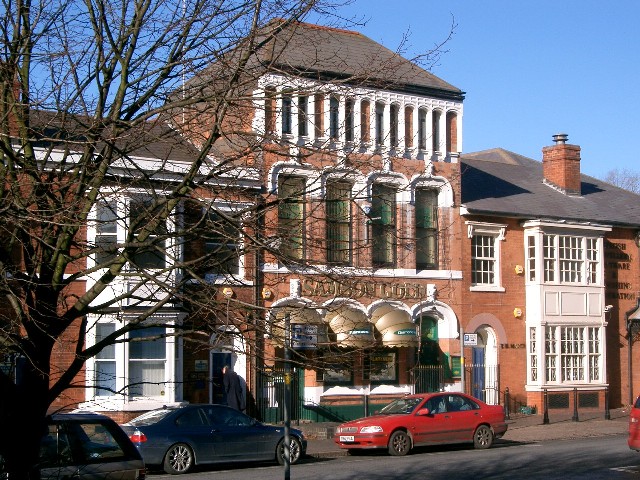 The pub itself doesn’t exist, of course, but the area it’s based in does. Hockley is an inner city area roughly divided into two distinct sections by a busy main road (the A41 Great Hampton Street, if anyone is interested). To the south, slightly nearer the city centre, is the world-famous Jewellery Quarter (left) with its bustling streets of shops, cafes, the odd museum or two and a wealth of jewellery-making workshops. To the north is a quieter zone comprising terraced houses, back-street boozers and factories, crouched in the shadows of the vast Hockley flyover.

And it’s very much in the latter setting that I saw Sandra’s pub. Too far out of town to benefit from the tourist crowds; not far enough to be suburban and cool. Instead it inhabits a twilight world of buses and factory workers and trade waste bins, of punters who take up tables but never quite spend enough.

Anywhere but Hockley, she thinks. She hates the way people talk about it now, as though it’s paradise. It’s all the Jewellery Quarter this and the clubs and bars that, but she knows there’s Hockley and Hockley — and this is the wrong end. Besides, after dark it all looks the same. The kids getting drunk and falling down, the broken glass, the endless pools of sick. And she and Mike are stuck with this: a dead-end hole in a dead-end part of town.

To be fair to Hockley, it really isn’t as bad as I suggest. But Sandra’s had a bellyful and you can’t blame her for wanting to move to a better area of town with smarter properties and customers who spend more. 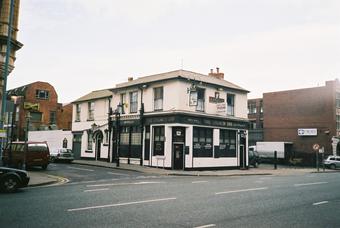 The building itself is a mash-up of two or three different premises that I’ve either visited myself, or driven past on the bus. One, the Church Tavern (left, not my picture) in Hockley itself, used to be known for its colossal burgers and I went for lunch once with a work colleague – but it’s a little too spick and span for Sandra’s place. Others, such as the Railway Inn (also Hockley) and the Moseley Arms (further afield in the Highgate area) have more of the right look, if not the right location. And the bit about the old codgers playing dominoes comes from something I actually saw, at the Crooked House near Dudley before it got modernised.

I’ve realised that I never gave Sandra’s pub a name. If I had, it would probably have been something grungy like the Brown Cow, Spotted Dick’s or the Mangy Dog, to conjure up the grime and gloom of the area’s back streets. Although I suspect Sandra herself would refer to it as the Arsehole of Nowhere. But who knows, even she might actually come to like the place…

The drapes are pulled, the main lights turned down low, even though it’s a nasty night outside. Dark and beginning to spit with rain. Buses hurtling past. A typical Tuesday in a typical week in autumnal Birmingham. But they don’t need lights for what they’re doing. Just a couple of spotlights on standby, to illuminate their work. One aimed at the banquette by the door, one for where Mike will stand. She turns, and jumps. He’s already there, and with the gloom and the way he’s dressed — black jacket, white tux — it’s enough to give anyone the creeps.

Want to find out more about Sandra, her pub, and what happens to them both? ‘Gravy Train’ is available in print or digital from the Down & Out bookstore, or from Amazon and other retailers.