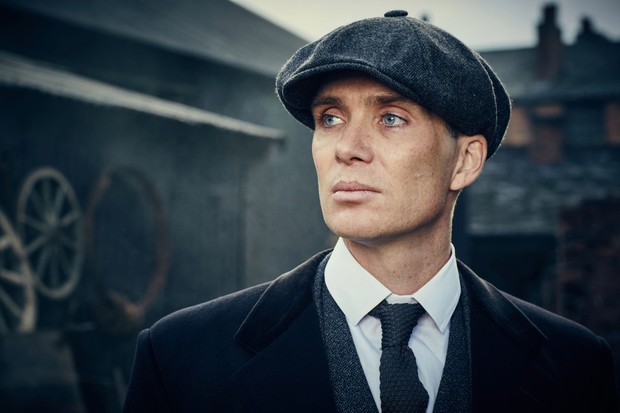 Just in case anyone missed it (like me, sigh), yesterday was the world premiere of the new series (number 5) of Peaky Blinders – and it was held in the series’ home city of Birmingham.

If you did miss it (like me) then you can catch snippets from the event at this BBC live feed, with pics of the cast and crew, mini interviews, news, lego models (yes, really!), and stories from the show’s fans – including one woman whose step-father’s father was a member of the original gang.

I’d still be happier if the series was filmed in Birmingham rather than just premiering there but anyone who reads this blog regularly will already know all about that from my previous grumbles and rants.

In the meantime, this will have to do – at least until the series appears on our screens “later this year”… 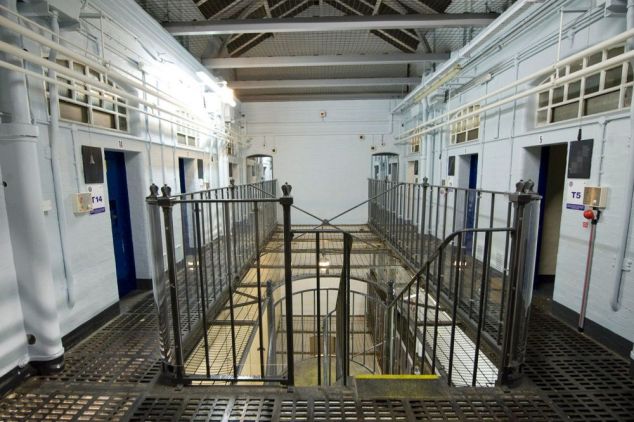 I never managed to get inside the old police museum in Brum, which was housed in the former courthouse, now police station in Sparkhill. Even though it was only a few miles away from where we lived, there was no direct bus service, and parking in the vicinity was terrible. So I always said one day… and never quite made it before we moved away.

However, the good news for fans of all things police, history and Birmingham is that a new museum is planned which I’m assuming will be bigger, and much more easily accessible.

The new venue will be housed in the old Victorian lock-up at the West Midlands force headquarters on Steelhouse Lane (picture above). This is slap bang in the city centre, with ample buses, trains and car parking nearby.

And it sounds as though it’s going to be fascinating, with archives, exhibits, and a planned examination of the real-life criminals behind the BBC’s hit series Peaky Blinders.

There’s no word yet on when the new museum will be open, but I’m adding it to my list of essential places to visit – and will report on here when it does. In the meantime, you can catch up on some of the history behind the TV show in this article from the BBC, who tracked down one of the descendants of the real-life gang. It makes quite eye-opening reading!

I was intrigued by the headline of a piece on the BBC website over the weekend, which stated that Birmingham City FC fans were “dressing up as their favourite Peaky Blinders characters” when attending matches, both at home and away.  I had visions of football fans turning up in full Edwardian regalia – high collared shirts, cravats, waistcoats, boots, the lot.

Imagine my disappointment on seeing the photo of the “tribute”, which turned out to be a bunch of blokes and small boys in the standard blue home strip.  The only nod to Peaky Blinders was that they were all wearing flat caps.  Hardly much dressing up required!

After I posted about the forthcoming sale of The Garrison, the pub named in the first series of Peaky Blinders, I can now reveal that the auction happened, and the pub sold for the sum of £183,000. I’m not sure what that is in dollars – I’d guess around the $300,000 mark – but in pounds sterling it doesn’t seem much for what is, after all, a home and business combined, with the ‘goodwill’ of the business intact, a ready customer-base from the nearby football ground, and the Peaky Blinders connection to boot. Someone seems to have got themselves a bargain!

I wasn’t sure if any of the episodes had been filmed at (or even inside) the pub, but the news report I saw did make it clear that they weren’t. It was referred to by the characters, but all the inside shots were filmed on a set, not on location. Shame. It looks like quite an atmospheric old watering hole.

Anyone who enjoyed last year’s tv series Peaky Blinders, about gangs in Edwardian Birmingham, can now buy themselves an authentic slice of the local scenery.  The pub where the fictional gang met, The Garrison, is up for sale by auction at the surprisingly reasonable price of £160-175,000.  The sale takes place at Villa Park (home of Aston Villa football club) on 22 May, so there’s still time to register your interest, pop along, and make a bid for a bit of tv history!

Apparently, the series creator’s father used to drink at the pub, which is why he chose to immortalise it in the series.  Although the sale is being held at Villa’s ground, The Garrison is actually closer to rivals Birmingham City’s ground, St Andrews.  Which ought to guarantee a good bit of passing trade on home match days if nothing else.

So, wanna buy a pub where you can hear some genuine Brummie accents, rather than the peculiar hybrids much derided in Peaky Blinders?  Now’s your chance!

I was amused to see that the producers of the second series of Peaky Blinders, the crime drama based in Birmingham in the early twentieth century, are appealing for more local people to audition for roles. This is after the accents in the first series were criticised as being unrealistic and weird. Presumably they’re hoping that by having genuine Brummies in minor speaking roles, it will bring a bit more authenticity to the series, which ::cough:: probably wouldn’t be difficult, judging by the few supposedly Brummie accents I heard.

Now, if only they could audition some of the local streets to be used as locations at the same time…

I still haven’t got round to watching either of the two episodes so far, but thanks to the Brummed Out blog I do know where the name came from. According to this post, the Peaky Blinders were a real Brummie gang who had a neat line in blinding their opponents during fights. I never realised the uses you could put a razor blade to.

I’ve also discovered, thanks to an interview with series star Cillian Murphy in the Radio Times, that the whole thing was filmed not in Birmingham but in Liverpool, because (according to one of his answers) ‘Birmingham was so badly bombed in the second world war that there’s nothing left from 1919’.

I can only assume Mr Murphy has never been within 100 miles of Birmingham, because this simply isn’t true. In fact, Liverpool was much more heavily bombed during the war, and suffered much more damage, with whole areas near the docks laid waste. Birmingham was also bombed, but got off relatively lightly in comparison, and has mostly escaped the clutches of the post-war modernist town planners. Hence suburb after suburb retains street after street of Victorian and Edwardian housing, and even in the city centre nineteenth century buildings outnumber those from the twentieth century.

My inner cynic suggests that the series was filmed in Liverpool because the production team received grants to do so, because to say that nothing remains of Edwardian Birmingham is quite frankly bonkers. You only have to go to Moseley, Kings Heath, Acocks Green or Harborne to realise that. Or Cotteridge, or Stirchley, or Selly Oak, or Handsworth, or… okay, I’ll shut up now.

Okay, I’ve stopped. Really I have.

::Whispers:: Not to mention Small Heath, where the whole thing is supposed to be set in the first place…

I’ve recorded the first episode of the BBC’s new drama series Peaky Blinders to watch at my leisure, hopefully some time over the weekend. It was hard to resist, really, since it’s about crime, and set in Birmingham which I seem to be writing about quite a bit lately. More specifically, it’s set in the suburb of Small Heath in the 1910s and I’m wondering whether it’ll include a reference to the ‘Small Heathens’, a gang that used to operate in the area. Perhaps that’s exactly what it’s about.

Interesting point from some of the promotional material: the actors had to work extra hard on perfecting their accents because the series writer has strong connections to the city himself, and describes most Brummie accents on film and tv as ‘excruciating’. The bits I’ve heard in trailers don’t sound terribly convincing, but perhaps they’ll improve with age or familiarity.

I’m also hoping they’ll explain the extraordinary title of the series at some point!